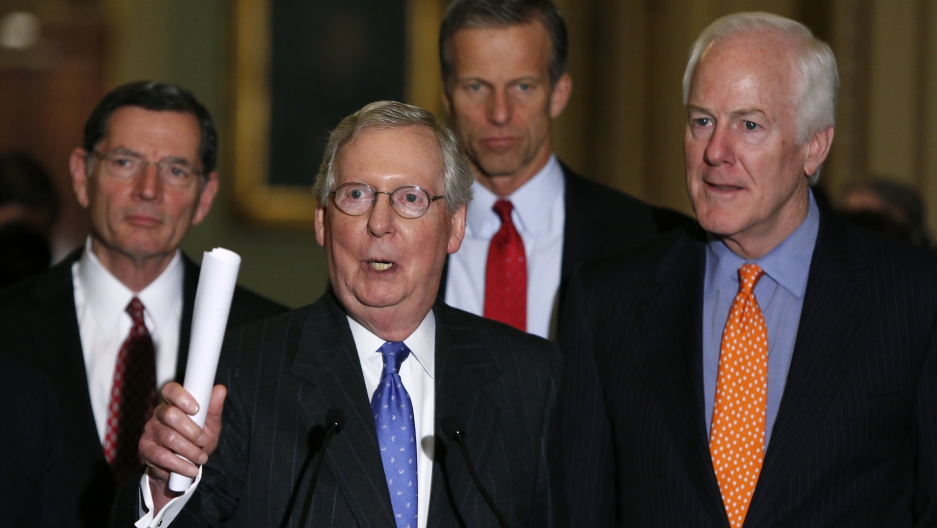 The Senate majority leader boasts about stacking the courts with conservative judges under Trump.

Senate Majority Leader Mitch McConnell (R-Ky.) on Thursday night bragged about blocking President Barack Obama’s attempt to fill federal judicial vacancies for two years. Then, he laughed about it as he discussed the Republican Party’s effort to stack the courts with conservative judges under President Donald Trump.

“I was shocked that former President Obama left so many vacancies and didn’t try to fill those positions,” Fox News host Sean Hannity said to McConnell.

Obama didn’t leave those vacancies so much as he was blocked from filling them by a GOP-controlled Senate led by McConnell ― something the majority leader was quick to point out.

“I’ll tell you why,” he said. “I was in charge of what we did the last two years of the Obama administration.”

“I will give you full credit for that, and by the way take a bow,” Hannity said. “All right, that was good line!”

McConnell not only blocked federal judges, he prevented Obama’s Supreme Court nominee Merrick Garland from even getting a hearing. In 2018, McConnell told Kentucky Today that the decision to block Garland’s appointment was “the most consequential decision I’ve made in my entire public career.”

Trump has had an even bigger impact on the federal courts as a whole. As Vox reported, more than a quarter of all active judges on the courts of appeal are now Trump appointees. In fact, Trump has named nearly as many judges in his three years in office (48) as Obama did during his 8-year presidency (55).