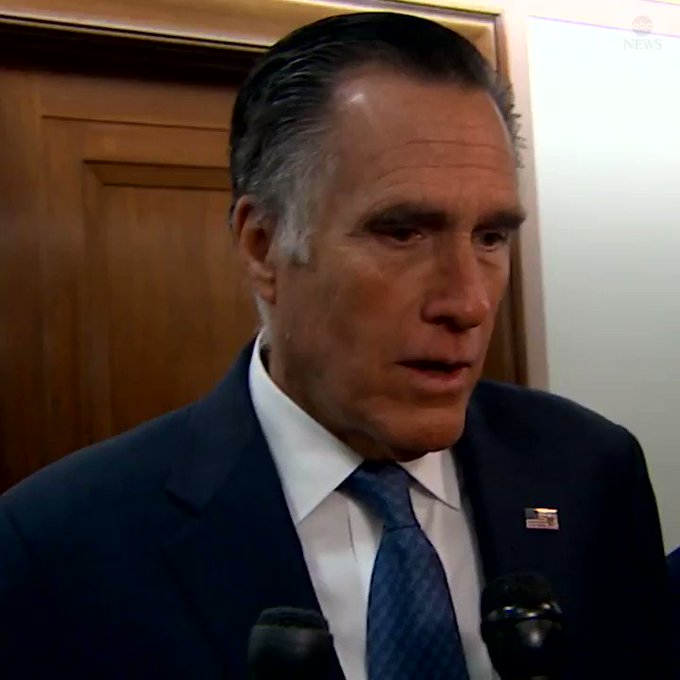 The Utah senator dismissed conspiracy theories that Ukraine interfered in the 2016 election, calling out Russia as the culprit.

Sen. Mitt Romney (R-Utah) distanced himself from some of his GOP colleagues on Tuesday, stating that there was no sign of Ukrainian meddling in the 2016 election.

Romey’s statement follows testimony from Under Secretary for Political Affairs David Hale, the third-highest ranking State Department official. Hale told the Senate Foreign Relations Committee that Russian meddling was not a “hoax,” and that he knows of no evidence implicating Ukraine.

The remarks are a stark contrast to those of Sen. Richard Burr (R-N.C.), who on Monday told NBC News that there was no “question that elected officials in Ukraine had a favorite in the election,” promoting a debunked conspiracy theory.

“Every elected official in the Ukraine was for Hillary Clinton,” the Senate Intelligence Committee chair said. “Is that very different than the Russians being for Donald Trump?”

The comments echoed Sen. John Kennedy’s (R-La.) claims on Sunday, when he speculated during a “Meet the Press” appearance that “both Russia and Ukraine meddled in the 2016 election,” and that “it’s been well documented.”

The U.S. intelligence community has dismissed rumors of any role by Ukraine, reportedly briefing senators in November that the allegations are a talking point touted by Russia to divert attention from its own interference in the U.S. election.

Less than two weeks ago, Kennedy suggested on Fox News that Ukraine may have perpetrated the 2016 Democratic National Committee server hack that exposed party emails. The senator’s claim promulgated a lie often peddled by President Donald Trump while blatantly ignoring American intelligence officials’ conclusion that it was Russia behind the hack.

Kennedy recanted shortly after, telling CNN, “I was wrong.”

“The only evidence I have, and I think it’s overwhelming, it that it was Russia who tried to hack the DNC computer. I’ve seen no indication that Ukraine tried to do it,” he said.

On Tuesday, Sen. Angus King (I-Maine), a member of the Intelligence Committee, denounced the erroneous claims, telling CNN that he hasn’t seen the slightest indication of Ukrainian involvement.

“I bet I sat through 25 hearings, briefings, meetings, probably more on the question of what happened in 2016,” he said. “In none of those meetings was there ever a hint, a breath, a suggestion, a word that somehow Ukraine was involved.”