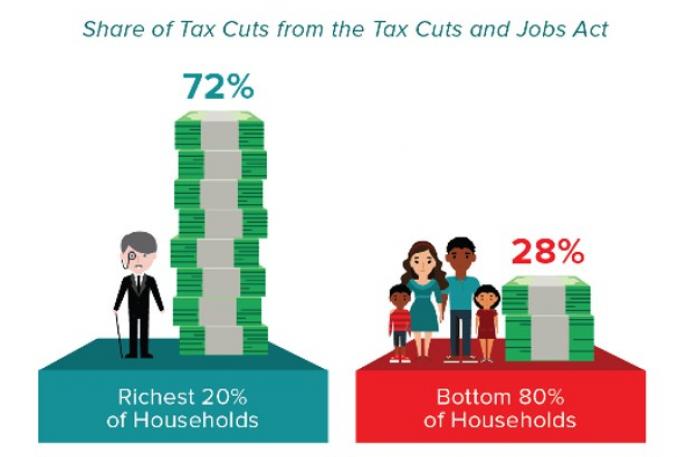 When it comes to the efficient delivery of goods and services, capitalism is the proven economic model that puts people to work and products on the shelves. Whether those jobs end up paying enough money to purchase the items on those shelves is another matter, however.

The truth is that while capitalism is an excellent vehicle to promote consumption and opportunities for expression of economic freedom of choice, it is not ideally suited to ensuring that everyone has the wherewithal to avail themselves of those opportunities. With the myriad of threats facing our nation, perhaps the most dangerous is the growth of income inequality between the top one percent of the nation and the remaining 99%.

Importance of a Middle Class

As a nation we celebrate the presence of a once robust middle class, and while politicians are quick to give lip service to this critical economic segment of society, their tax and monetary policies are eating into the savings and importance of this group. This fact can be seen in the erosion of the middle class purchasing power as their influence is siphoned off in favor of upper income and corporate tax breaks.

Regrettably, the"idea" of a middle class requires more than lip service during the occasional electoral cycle to make it a viable social, political, and economic entity. The fact of the matter is, a vibrant middle class only arises when nations make the decision to foster that development.

The middle class in the United States is a little more than 70 years old. While most Americans may believe that a strong middle class has been the bedrock of our economic growth since those first rounds were fired between colonists and British Redcoats at Lexington and Concord, in reality it only emerged following the Second World War.

In 1945, the United States was the only nation who finished the war stronger than they went into the conflict. This relative strength allowed the wherewithal to foster a growing middle class. From educational grants to returning soldiers to VA home loans engineered to increase home ownership, the country had the money, political desire, and opportunity to support this growth. As such, the nation witnessed a phenomenal growth in this economic demographic in the two decades following the war.

As mentioned, the formation of a robust middle class was fostered by the political will of the nation. Tax rates on corporations and the country's richest citizens were used to pay for this expansion of this group, and they were well equipped to pay for it owing to economic success of this group during the war years. Corporate tax rates were near 90% directly following the war, and had only been scaled back to 70% by the time President Ronald Reagan assumed office in 1981.

Following the dictates of supply-side economics, Reagan slashed the tax rates on America's top earners, both personal and corporate, down to below the 30% threshold, and increasingly the burden of public expenditures have fallen on the shoulders of Middle America to bear the cost. This rising inequity has shattered the vision of the American dream for many as they find themselves increasingly priced out of sought after housing, superior education, and economic opportunities.

A Recommitment to Equality of Opportunity

For years, conservatives have championed the importance of a strong middle class in this nation while doing everything in their power to shore up their own economic position at the expense of other sectors of the economy. From slashing aid programs, designed to help societyâ€™s poorest residents, to promoting tax policies that have the effect of eviscerating the middle class, America's conservatives have adopted a short term view that buttresses their corporate bottom line, but risks the long term economic health of the nation by ensuring gross wealth inequality.