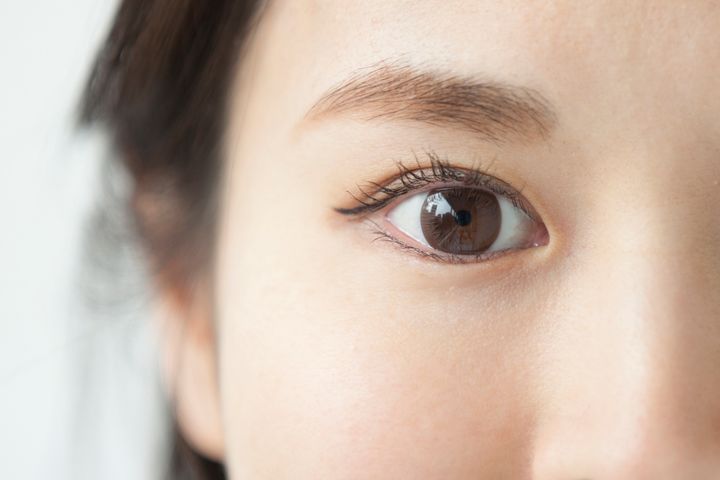 “We are used to minimizing our own pain because we don’t want to rock the boat.”

A couple of years ago, my friends and I called an Uber to take us to a Laker game. We were a motley crew, reflective of the diversity of Los Angeles, and I was the only Asian. The driver, who spoke with an accent that made me believe he was an immigrant like myself, asked us all where we were from.

“Around here,” we replied in unison. Then he looked at me and smirked. “Not you” he said, pointing to my eyes and making that slanty gesture.  You can’t be from here. Where are you really from?”

Although I was born in South Korea, I lived most of my life in the States from age 3 and onward. Since then I’ve spent so much of my time here trying to convince everyone, including myself, that I am indeed American. It is an isolating and lonely existence, one that is specific to the Asian American experience.

I sat still, frozen in discomfort and silence, as my friends giggled. I began to replay similar scenes from my childhood in my head while sitting in a car with another person of color othering and jeering me while my non-Asian friends stifled their laughter. I couldn’t help but wonder: Why does everyone else find me and my experience so funny?

After many years of enduring a special kind of racial trauma, I learned the answer. This is what no one tells you about being Asian in America in 2021: Our world minimizes us and we minimize ourselves.

Since the start of COVID-19, there has been a 1,900% rise of hate crimes against Asian Americans, and more specifically, against elderly Asian Americans, which has struck a painful chord within many of us who were raised to respect and protect our elders. But what has been even more painful was the lack of attention this received in the mainstream media.

I found out about Vicha Ratanapakdee, an 84-year-old Thai man who was forcibly shoved onto the ground and killed while walking on the street in San Francisco, a 64-year-old grandmother who was assaulted and robbed in San Jose, and a 61-year-old Filipino man who was slashed on his face with a box cutter and left bleeding inside a subway train in NYC, all on social media.  An attack against an elderly Asian American is an attack against the most vulnerable of an already marginalized population. But no one else seems to care except us.

This lack of acknowledgement is nothing new for Asian Americans. We are used to being ignored. We are used to minimizing our own pain because we don’t want to rock the boat.

What other people see is that we are submissive, quiet and reserved. What we actually feel is that we are not as important, therefore we should just follow others’ opinions and desires.

Although there is a world of diversity among Asians, these cultural ideals have forged a shared minority experience: Asians are extremely collective with strong family values and a sense of putting others first. This is clearly evident in how Asian countries have handled the spread of COVID-19. We wear masks not for ourselves, but to protect those around us. We come from countries where we are born with a sense of duty to our families and regard our neighbors as one of our own.

As children, we were taught not to talk back, to be respectful, and to be mindful of others. As adults, we continue to be silent and fear taking up space when discussing racism in America because we don’t want to diminish other minority groups’ experiences. Our repeated racial trauma and childhood conditioning prevent us from speaking up and making our voices heard.

Steven Yeun, star of Minari — a film that was written, directed by, produced by and starring Americans, and set in America, but was only nominated for Best Foreign Language Film at the Golden Globes — recently said this in an interview with The New York Times Magazine: “Sometimes I wonder if the Asian-American experience is what it’s like when you’re thinking about everyone else, but nobody else is thinking about you.” This hit home.

I feel guilty writing this during Black History Month and in a time when all eyes should be on the injustices of anti-Blackness in America. I am fully aware that the oppression against Asians is nothing compared to what Black Americans have experienced and still experience to this day. It makes me want to sit back and hold my tongue, as I’ve become so accustomed to doing. It is this same conditioned minimization that sets off the narrative in my mind of your experience isn’t valid because you didn’t have it as bad. But comparing who had it worse and whataboutism doesn’t further anti-racism.

Instead, it pits us against one another — just as the Model Minority Myth was designed to do.

As a psychotherapist who works with Asian and immigrant populations in both public and private settings, the most prevailing emotions I help clients process are guilt and shame. I believe these feelings derive from our collective roots that often teeter on codependency.

For many, our life’s mission is to make our parents proud. We can’t help but seek others’ approval, and we care deeply about what others think about us. It is this cultural norm that has made us susceptible and vulnerable to the Model Minority Myth, which argues that if we behave and work hard enough, we will finally be seen as equals — as white. In addition, this myth perpetuates that racism, including more than two centuries of Black enslavement, can be overcome by hard work and strong family values.

It’s why I, a non-Black person of color, have a hard time discussing racism against Asians in America. To this day, I feel self-conscious calling myself a person of color due to my proximity to whiteness. However, this proximity doesn’t make me white either, as I am regularly reminded of this when people of all colors — white, Black, and everything in between — tell me that I don’t belong here.

Since we don’t talk about it and call it out, racism against Asians has become normalized. It took me years of therapy, grad school and understanding my trauma responses for me to recognize what got me so frozen in those moments of confrontation and that if I wanted things to change I had to speak up. In the words of one of my professors in my master of social work program, “if you’re not confronting, you’re enabling.

What’s even worse is when we do finally muster the courage to speak up, sometimes we are met with dismissing comments like “Well that’s not racism” or “What’s so bad about that?”  This reinforces the feelings of being dismissed and feeling unimportant — things we may have internalized as non-Black people of color and children of immigrants whose experiences pale in comparison to our immigrant parents’ traumatic past.

Those who experience complex trauma have a tendency to feel unheard, unseen and unable to make change. What is unique about complex racial trauma is that it occurs on both societal and individual levels. The world that we exist in tells us that we don’t matter, our family’s words at home also reflect this sentiment, and we begin to internalize these negative core beliefs.

These negative core beliefs then manifest in our daily lives in myriad ways. We come to believe that we don’t matter and behave in ways that reflect this belief — at home, work, school, and in our relationships — becoming a self-fulfilling prophecy. What other people see is that we are submissive, quiet and reserved. What we actually feel is that we are not as important, therefore we should just follow others’ opinions and desires. Why speak up when no one else cares anyway?

As we continue to practice anti-racism and work toward more diversity and inclusion, individually and collectively, I hope that we can do just that and involve all groups in the discussion. We can’t call ourselves anti-racists until we acknowledge all marginalized people, including Asian Americans.