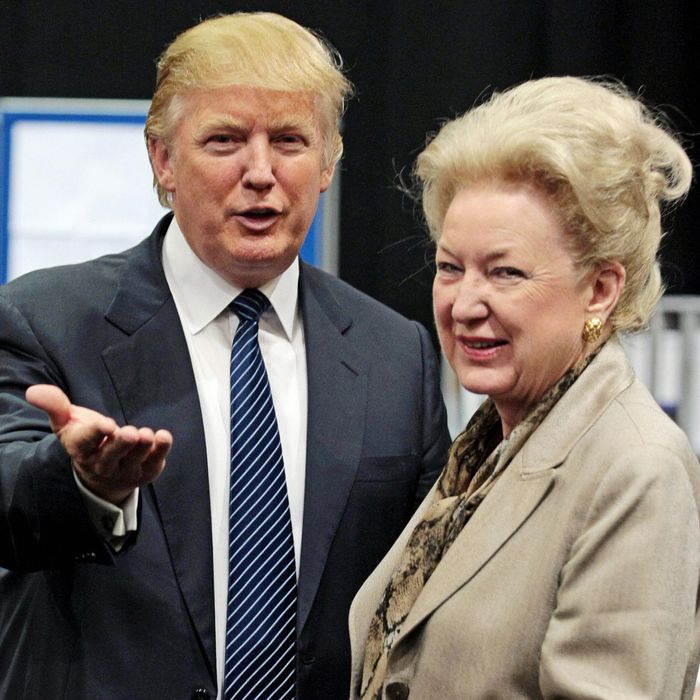 President Donald Trump’s sister was recorded saying that her brother “has no principles” and “you can’t trust him,” The Washington Post reported Saturday.

Maryanne Trump Barry, who was serving as a federal judge at the time, made the slashing comments to her niece Mary Trump, who was secretly recording her, the Post reported. At one point, Barry was discussing Trump’s moves in 2018 to separate immigrant children from their parents.

“All he wants to do is appeal to his base,” Barry said, according to the newspaper. “He has no principles. None. None. And his base, I mean, my God, if you were a religious person, you want to help people — not do this.”

She added: “His goddamned tweet[s] and lying, oh my God,” she said. “I’m talking too freely, but you know, the change of stories, the lack of preparation, the lying — holy shit.”

Trump had earlier suggested on Fox News that he might “put her at the border” and assign his sister to make immigration decisions. She guessed he hadn’t read her decisions or he would know they wouldn’t likely agree on issues.

“What has he read?” Mary Trump asked her aunt. Barry responded: “He doesn’t read.”

Barry also noted: “Donald is out for Donald, period.” When her niece asked Barry what her brother had accomplished on his own, she responded: “Well, he has five bankruptcies,” adding: “You can’t trust him.”

The Post obtained the audio excerpts of the taped conversations after Mary Trump told the newspaper that she learned some of the information in her book — “Too Much and Never Enough: How My Family Created The World’s Most Dangerous Man” — from 15 hours of face-to-face talks with her aunt in 2018 and 2019. It was her aunt who told her that the president had paid someone to take the SATs for him, Mary Trump told the Post.

Barry has never spoken publicly about her issues with her brother.

Mary Trump told The Post recently that her uncle is unfit to be president and she aims to do “everything in my power” to elect Joe Biden, the newspaper reported.