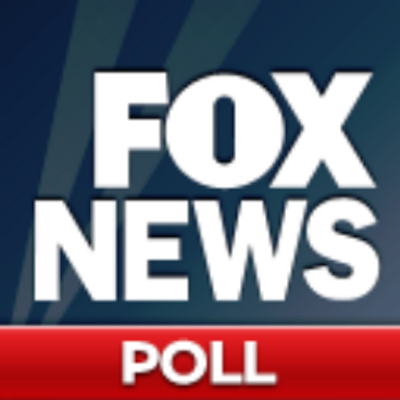 A new Fox News poll on voter support for impeachment contradicted President Trump, who recently boasted major support in favor of “No Impeachment.”

Amid last week’s historic House Judiciary Committee vote to advance two articles of impeachment, abuse of power and obstruction of Congress, the president tweeted, “Poll numbers have gone through the roof in favor of No Impeachment, especially with swing States and Independents in swing States. People have figured out that the Democrats have no case, it is a total Hoax.”

But a fresh Fox News poll conducted last week and released on Sunday found that a majority of the American electorate wants Trump impeached. Fifty percent are in favor of impeaching and removing the president, while four percent say impeached but not removed, and 41 percent oppose impeachment altogether.

The poll comes after Trump on Sunday lashed out at his favorite news channel for “trying sooo hard to be politically correct” after they decided to interview his political foes, including Rep. Adam Schiff, leader of the impeachment process in Congress.

“Both Commiecast MSNBC & Fake News CNN are watching their Ratings TANK,” he said on Twitter. “Don’t know why @FoxNews wants to be more like them? They’ll all die together as other outlets take their place. Only pro Trump Fox shows do well. Rest are nothing.”

Hours after impeachment charges were advanced for a vote in a full Democrat-led House Friday Trump denounced the prospect of becoming the third U.S. president to be impeached.

“It’s not fair that I’m being Impeached when I’ve done absolutely nothing wrong!” he tweeted. “The Radical Left, Do Nothing Democrats have become the Party of Hate. They are so bad for our Country!

Since the impeachment inquiry into Trump’s dealings with Ukraine’s government was launched in September, public opinion has not swung decisively in Democrats’ favor, despite hundreds of hours of testimony, a 300-page impeachment report and even now with the approval of articles of impeachment.

The Fox News poll pointed out views on impeachment have been steady over the past weeks leading up to the vote: those in favor of impeaching and removing Trump only increased by one percent while all other stances remained the same.

A recent Yahoo News/YouGov poll also showed that a majority of registered voters buy Democrats’ central argument for impeachment: that Trump put his own interests above the national interest and security when he pressured Ukraine to launch investigations into the Biden family and alleged Ukrainian support for Hillary Clinton’s 2016 presidential campaign.

Throughout a bitterly partisan affair, the poll showed, Democrats have failed to translate their argument into broader support for impeachment and that Americans remain too polarized and uncertain about key details to support Trump’s removal from office.

President Trump has welcomed a Senate trial, which is expected to take place right after the New Year, declaring it would be “fair” in comparison to the House impeachment process.

“If you are going to impeach me, do it now, fast, so we can have a fair trial in the Senate,” he tweeted over a week ago.