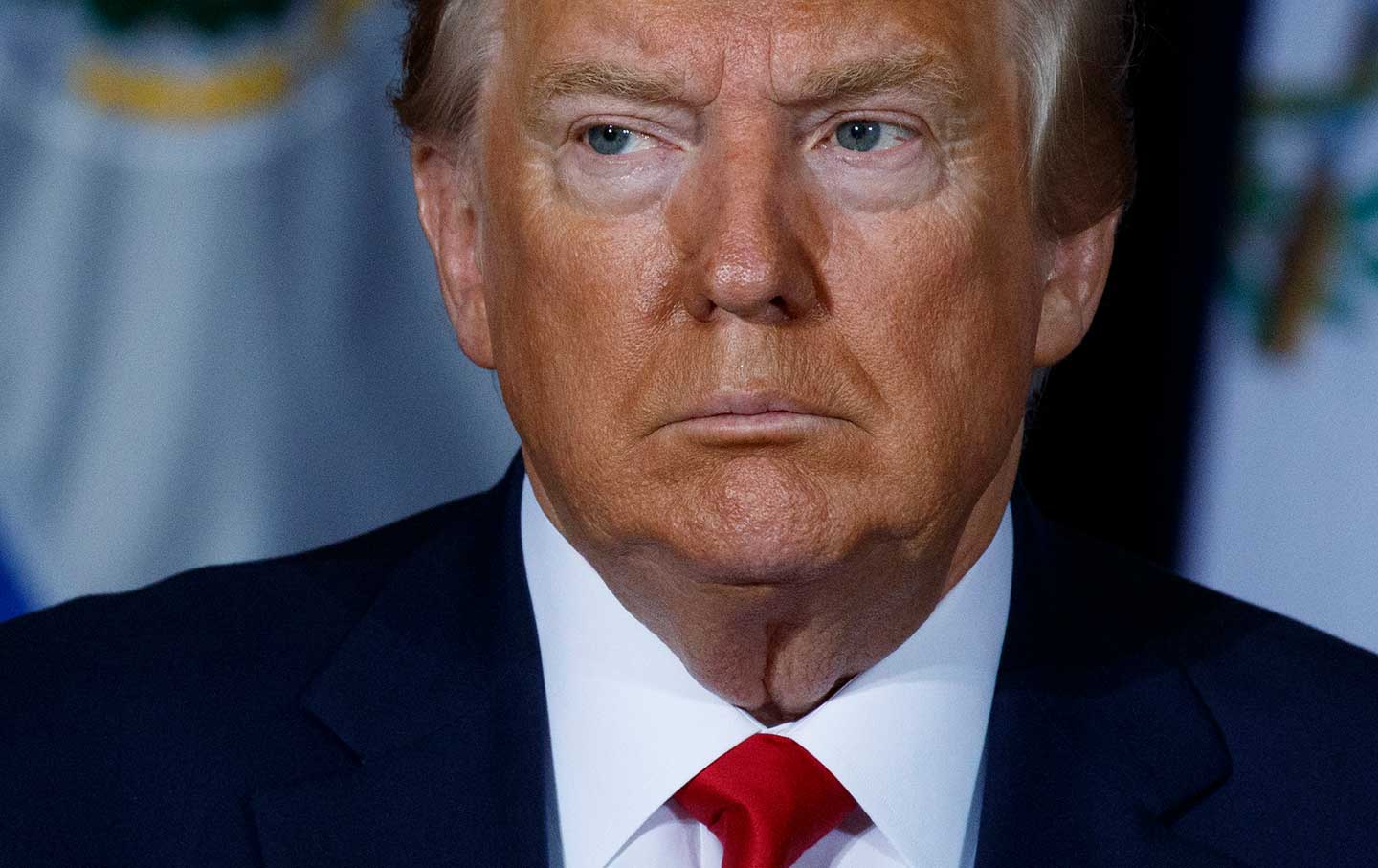 Their open letter comes as House Democrats are drawing up articles of impeachment for a full floor vote.

A group of more than 500 legal scholars has signed an open letter to Congress declaring that President Donald Trump “engaged in impeachable conduct” as the impeachment proceedings against him continue.

“We do not reach this conclusion lightly,” stated the letter, dated Friday.

Trump “betrayed his oath of office” by attempting to pressure Ukrainian leaders to help him “distort” the 2020 election “at the direct expense of national security interests as determined by Congress.”

“The Founders did not make impeachment available for disagreements over policy, even profound ones, nor for extreme distaste for the manner in which the President executes his office. Only ‘Treason, Bribery, or other high Crimes and Misdemeanors’ warrant impeachment,” the scholars asserted.

The signees include professors and other experts from an array of academic institutions such as Columbia, Berkeley, Harvard, Yale, George Washington University and the University of Michigan, among many others. Their message was spearheaded by the Protect Democracy Project, a nonprofit created in 2017 with the goal of holding the White House “accountable to the laws and longstanding practices that have protected our democracy through both Democratic and Republican Administrations.”

Since the impeachment inquiry began in late September, House investigators have heard from a number of witnesses both in private and in public who have painted a fuller picture of Trump’s dealings with Ukraine.

According to sworn testimony from U.S. foreign policy officials, Trump threatened to withhold millions of dollars in military aid in exchange for investigations that would help his reelection campaign, and conditioned a White House meeting with Ukraine’s president on a public announcement of those investigations. 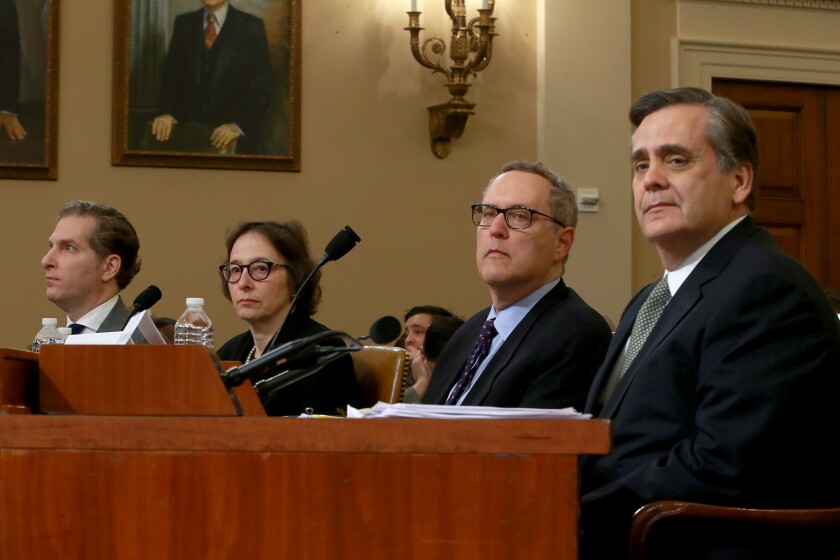 On Tuesday, a panel of four constitutional law experts took questions from the House Judiciary Committee over whether the president’s alleged offenses were serious enough to warrant articles of impeachment ― or a formal description of impeachable misconduct. Three of the four experts said Trump’s behavior was clearly impeachable, while a fourth dissenting in part because he believed more testimony was needed.

In their letter, the legal experts said Trump’s “conduct is precisely the type of threat to our democracy that the Founders feared when they included the remedy of impeachment in the Constitution.”

They also noted that “conduct need not be criminal to be impeachable.”

“Whether President Trump’s conduct is classified as bribery, as a high crime or misdemeanor, or as both, it is clearly impeachable under our Constitution,” the signees concurred.

House Speaker Nancy Pelosi (D-Calif.) on Thursday asked that articles of impeachment against Trump be prepared, saying the president’s actions have left “us no choice”

If the articles are passed in the Democratic-controlled House, the process moves to the Republican-controlled Senate, where it is not likely to result in Trump’s removal from office.